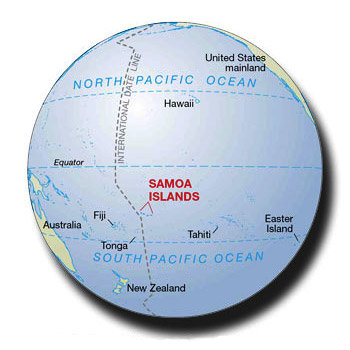 What cities are the first to see the new year?

Just curious: While we’re rocking out with Dick Clark’s New Year’s Eve show, what cities are the first time zone to see the new year?