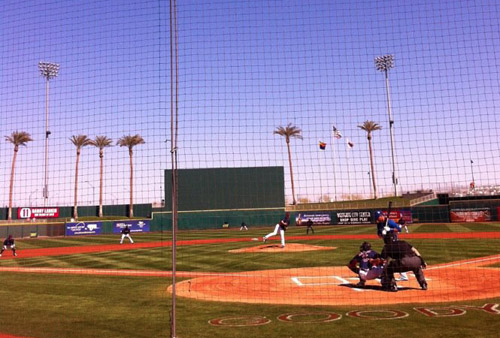 Where can I see baseball spring training games?

I’d like to take my family on vacation, and catch a few spring training ball games while we’re at it.  Where do the major league teams play their spring baseball?