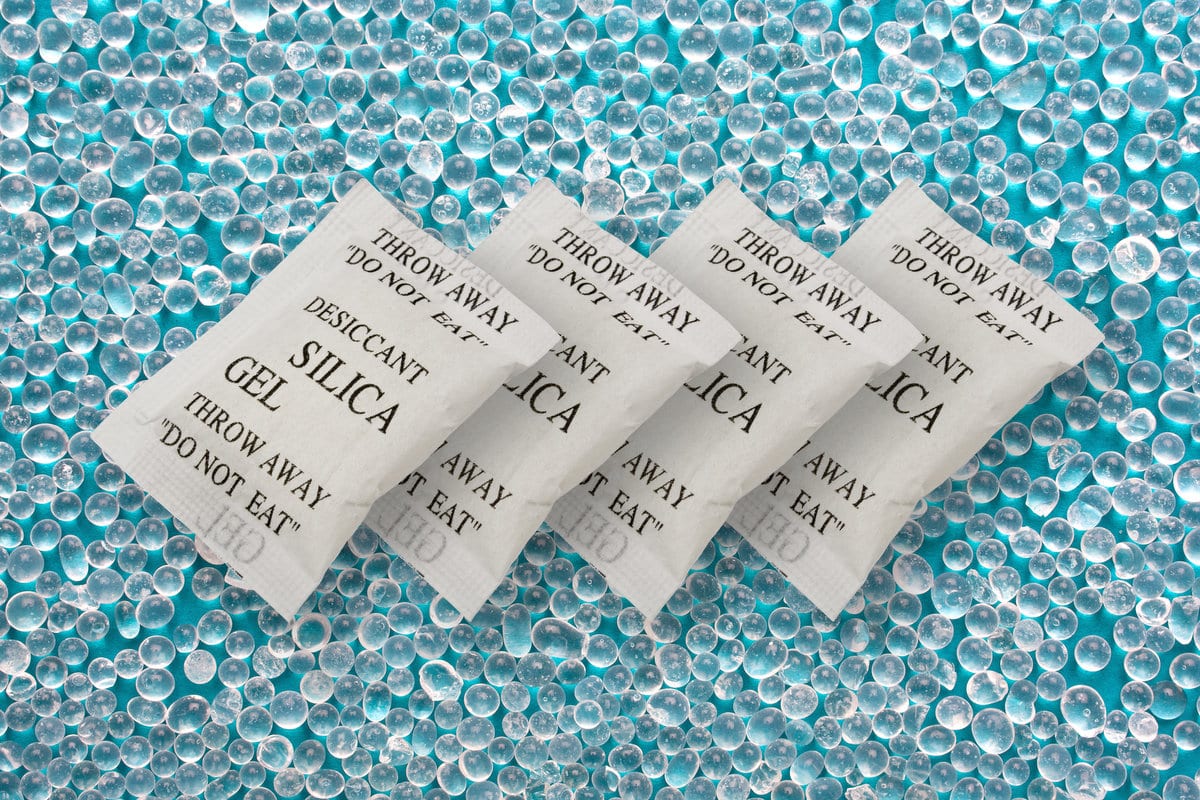 What would happen if you actually did eat one of those little packets you find everywhere — in shoe boxes and vitamin containers or with a new phone — that says “DO NOT EAT” all over it?

Would it kill you? (Also, why would anyone be inclined to eat something that they found in a shoebox?)

Oh just admit it, you got your new shoes today and just couldn’t resist the temptation, could you? It’s like that scene in Ren & Stimpy where Stimpy just can’t resist the urge to push the big, red, shiny “History Eraser” button. We understand.

So what is inside the “DO NOT EAT” packet, exactly?

Well, that stuff is called silica gel, and it’s used as a desiccant, which is a fancy name for “drying agent” or “something that absorbs moisture.”

Silica gel is technically precipitated amorphous silica (chemical formula of H2O3Si) — essentially porous beads made of the main ingredient in sand and quartz.

When packed in shoeboxes, vitamin bottles, electronic equipment and other assorted merchandise, the silica gel packets absorb moisture — up to 40 percent of their weight of water — when dampness and condensation could otherwise damage the product or grow mold.

So why shouldn’t you eat it?

If you don’t play by the rules and decide to actually nibble on that little packet of beads, it’s not going to kill you. In fact, unless you ate enough packets to put in Imelda Marcos’s entire shoe collection, you probably won’t even feel anything.

According to the Arizona Poison and Drug Information Center, “[Silica gel] is popular in part because — contrary to the warnings — it is essentially harmless. Indigestible, it passes through the body and comes out looking much the same as when it went in.”

But toxicity isn’t really the issue. “Silica gel is chemically inert and is considered to be non-toxic. The concern with this substance it that it can be a choking hazard,” notes the The Illinois Poison Center: “If your child is choking on silica gel, call 911 immediately.”

That’s not quite the end of the story, though. It’s also worth noting that silica gel sometimes contains colbalt chloride (a carcinogen) or methyl violet (a mutagen and mitotic poison) which are used as moisture indicators, since they change color in the presence of water.

Eating silica gel when combined with either of these substances means it’s probably not a bad idea to call Poison Control at 1-800-222-1222 — just to be on the safe side.

Other uses for silicon and silica gel

Silica gel is also marketed as a product to help dry flowers for preservation and craft projects. You can even take a cue from museums, who use it to maintain the correct relative humidity in their display cases, and buy it by the pound to dehumidify your home.

What else is it good for? Well, silica gel is the “crystal” in certain cat litters — like Fresh Step Crystals or So Phresh Odor-Lock Crystal Cat Litter — to absorb moisture and smell. The ASPCA notes that if consumed by a pet, “silica gel usually produces only mild stomach upset, which typically resolves with minimal to no treatment.

“If very large quantities are eaten, however, such as with ingestions of multiple packets or mouthfuls of kitty litter, intestinal obstruction is possible — especially in very small animals.” 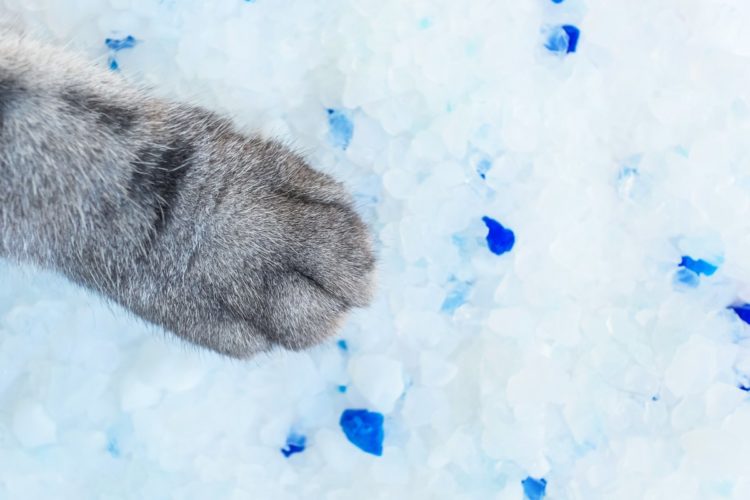 Plain silica gel, as silicon dioxide, is used as an anti-caking agent in many foods — essentially, it works to stop salt grains from clumping into rocks, and keeps powdered sugar powdery.

But why would people even want to eat it?

Why does silica gel say DO NOT EAT on every tempting little packet? Because people are inherently curious? Because it could be confused with a little sachet of salt or pepper?

“Because a surprising number of people, especially children, mistake the packets for food,” suggests the Arizona Poison and Drug Information Center.

As unbelievable as it sounds, “in 2009, some 38,000 people reported swallowing these packets, according to the American Association of Poison Control Centers. Of those, 34,000 were under the age of 6.”

Bottom line: If you absolutely cannot resist the urge to consume a bunch of those little beads, you’ll most likely be fine.

As for what would possess someone to eat something random that they found in the box with their new sneakers or a new camera? You’re on your own there. 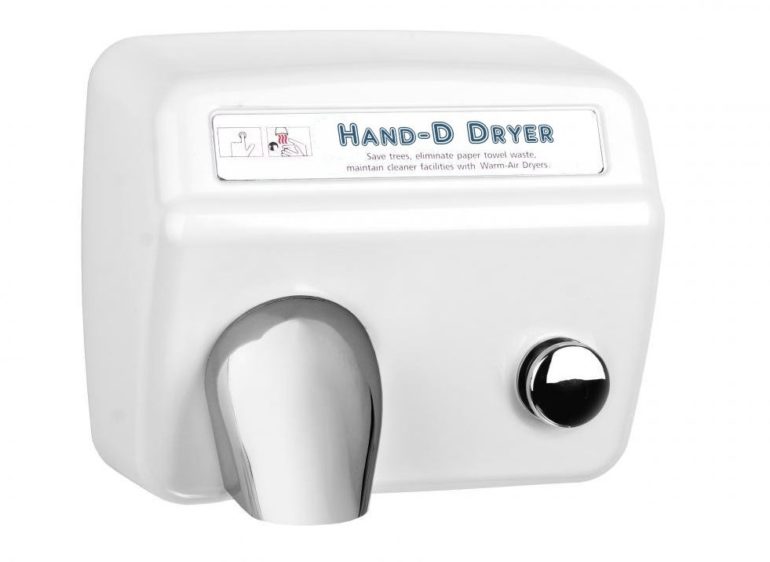 Hand dryers are environmentally-friendly, sure – but ‘more sanitary to use than paper’? Not so much. 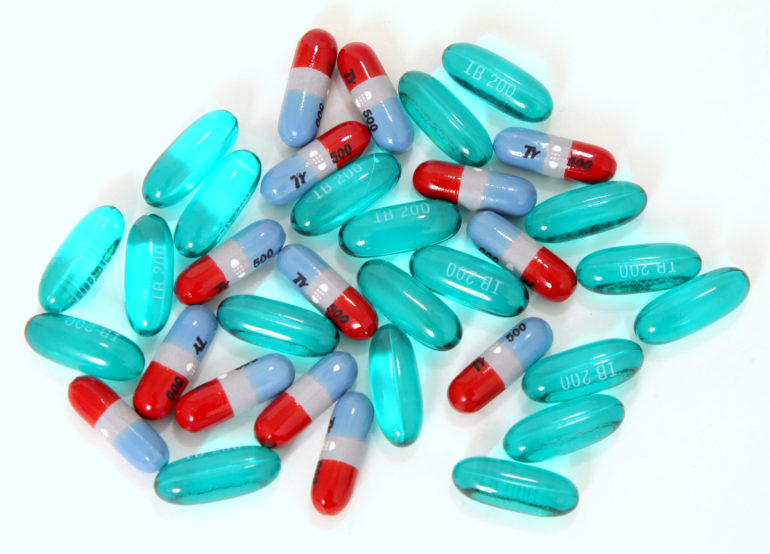 Here are some of the basics about OTC pain medications that can relieve minor aches and pains from headaches, fever, colds, flu, arthritis, toothaches and cramps.