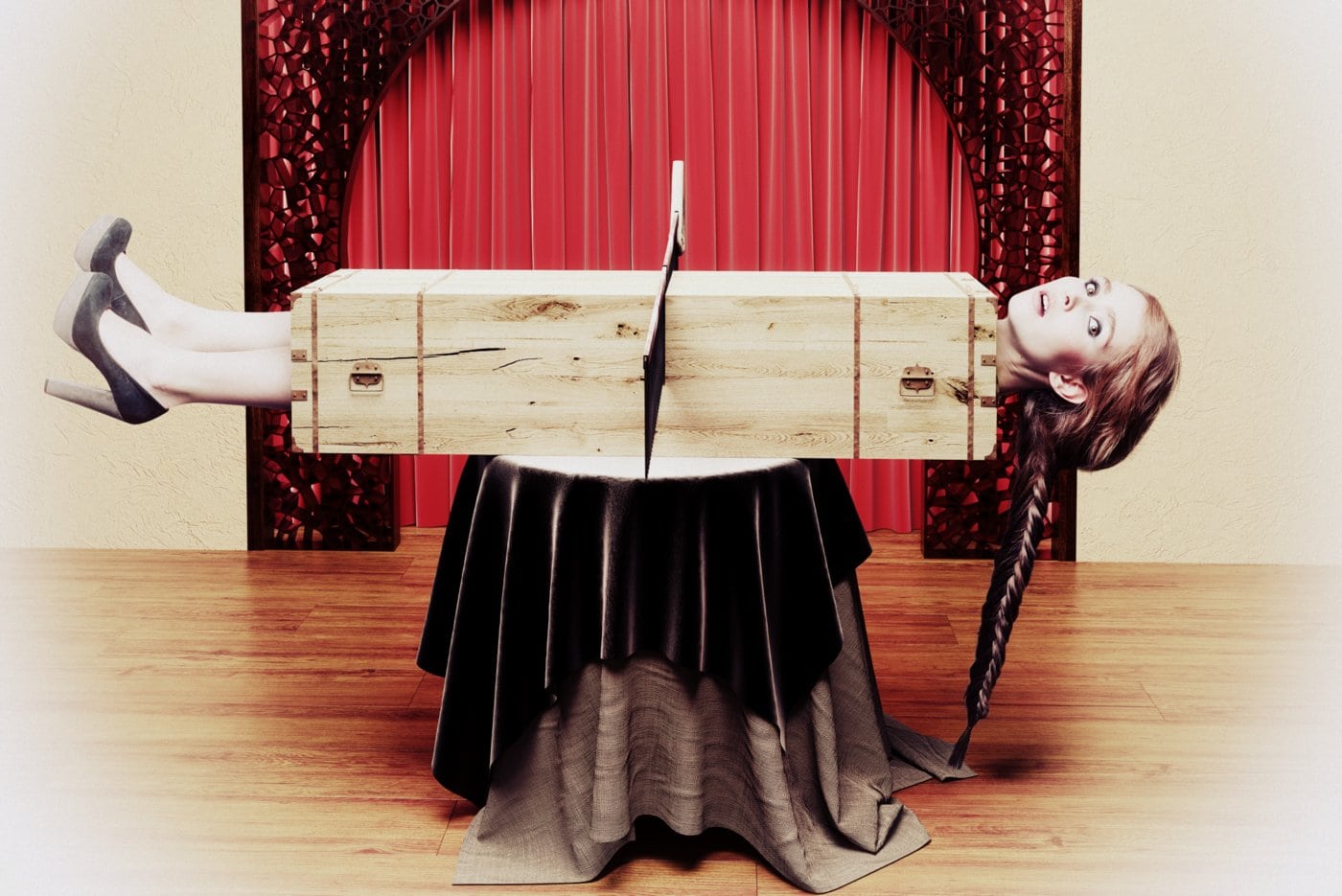 How is the sawing a person in half magic trick done? I’ve seen it performed live, and assume they aren’t actually sawing someone in two and then magically making them whole again. How do they pull the illusion off?

Don’t try this at home — please

The English magician P T Selbit is generally credited with the first public performance of the illusion of sawing a woman in half in 1921, now a staple of magic acts worldwide in various forms and variations.

Although the trick has evolved and grown over the years, including the use of jigsaws and buzzsaws — a famous example being David Copperfield’s escape-gone-wrong “Death Saw” trick — the two original methods of pulling off the illusion are still popular today.

Of course, there are more than two ways to skin a cat saw a woman in half, but as we all know, magicians are rather secretive about their methods. So let’s look at the two common methods in use today — the ones for which we have good descriptions, at any rate.

Method one involves presenting the chest or box side-on to the audience, who assumes the box is only wide enough to accommodate the magician’s lovely assistant — since they can’t see how deep the box is from their perspective. 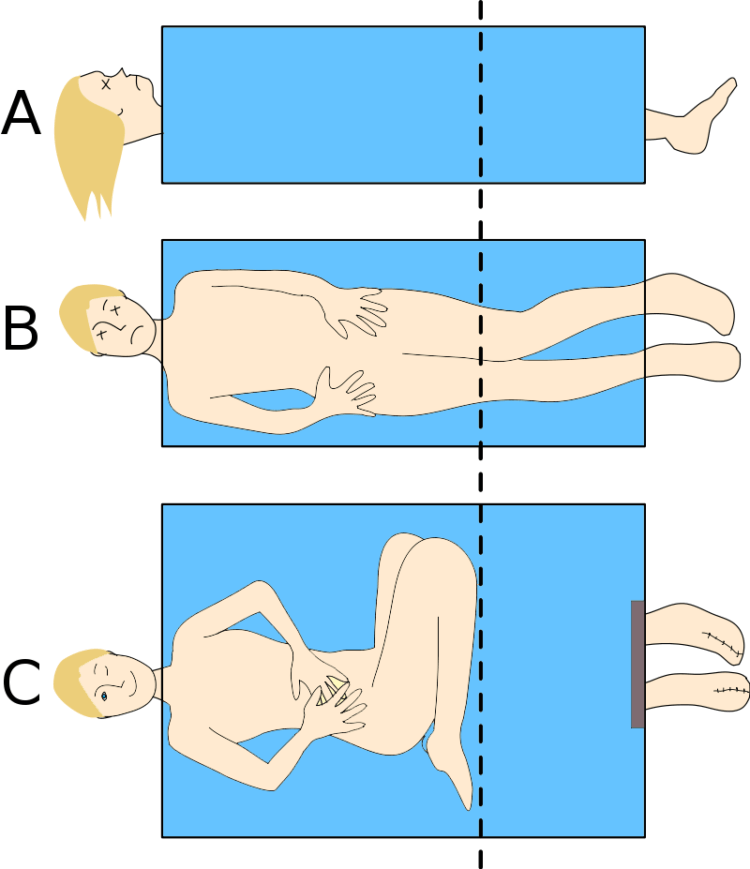 As shown in the accompanying figure, the box is actually wide enough that the assistant can pull their legs up past the cut line, and the feet are replaced with a set of lifelike fake feet. The box is sawed through, pulled slightly apart, and the audience is amazed.

Method two involves placing the box on a false table. The carved-out table is then used as a place for the “victim” to place her legs while the box allegedly containing her whole body is then sawed through, as shown in the diagram.

Again, false feet are used to sustain the illusion — sometimes even motorized ones that wiggle back and forth to add to the spectacle — and the horror.

ALSO SEE: Houdini’s underwater box escape: How he did his famous trick

The famous duo of Penn and Teller was known for using the second method during their shows in Las Vegas — and (mostly) showing how the trick was performed afterward. 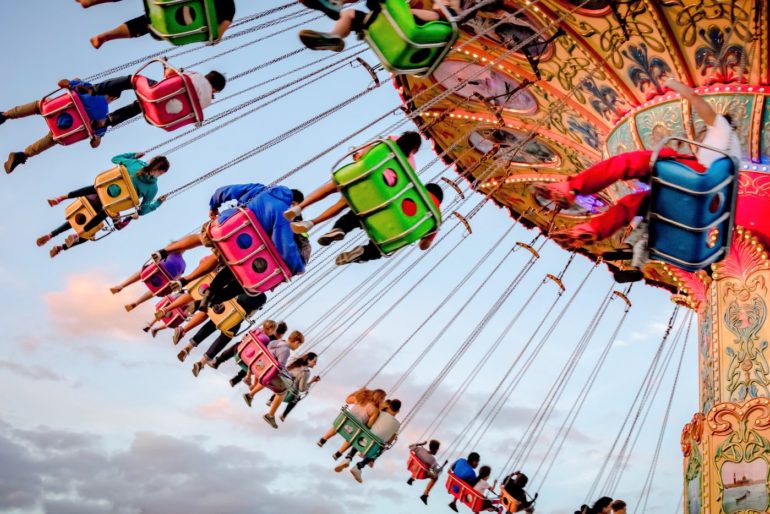 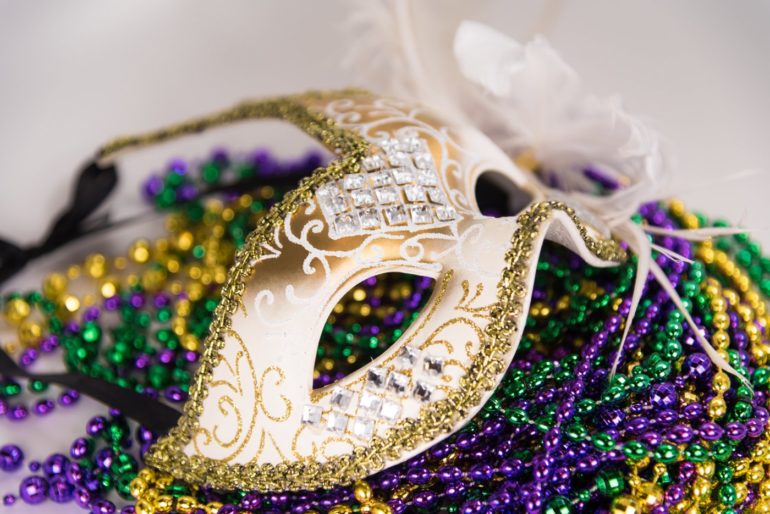 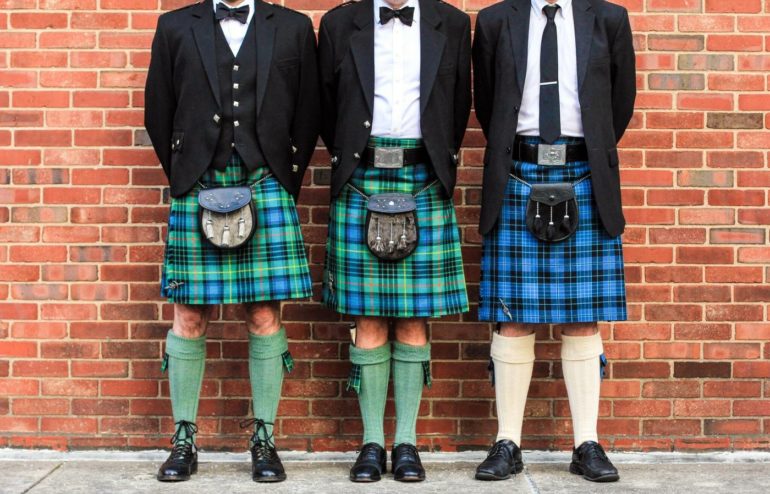 Is it just a way to tart up a name, by sticking “Mc” or a “Mac” in front of it?  Or does adding that little prefix actually mean something? What’s in a McName When you look deep enough into most names, you can find the origin of them. They usually indicated a profession, a character…