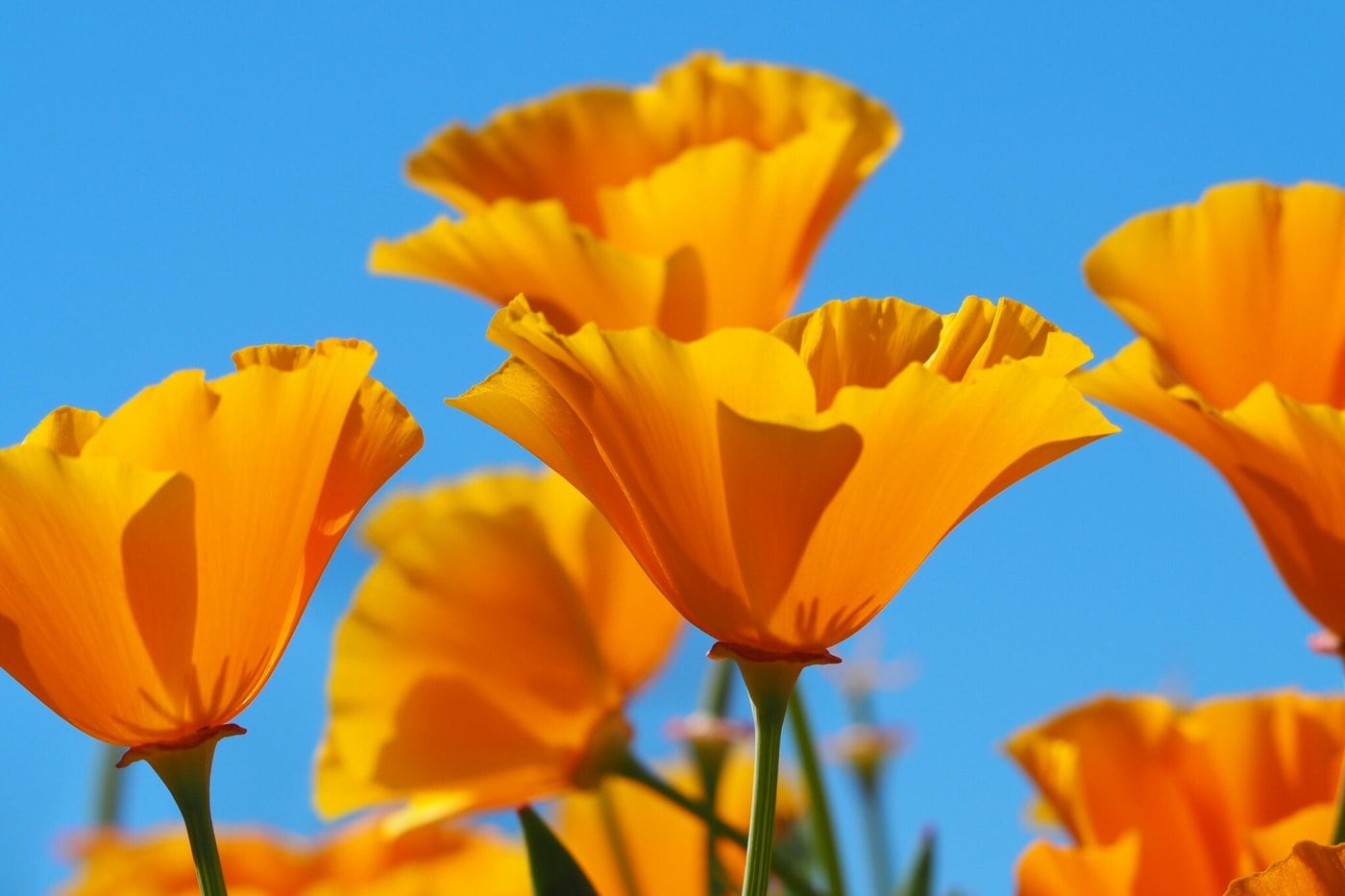 According to the California Government Code, the golden poppy (botanical name Eschscholzia) — a beautiful bold orange flower — is the official State Flower.

Almost any kid raised in California will probably tell you that it’s illegal to pick this state symbol. As it turns out, though, that’s not exactly the case.

Tiptoe through the poppies

First, if you grow your own golden poppies, you can pick, step on, bend, fold and spindle those flowers all you want. (You can even smoke ‘em — they’re not like opium poppies, though, and won’t do much that an aspirin won’t.)

However, it is not legal to pick any flower — including the California poppy — or any other type of shrub or tree or growing thingy if it’s anywhere on state-owned land.

Illegal to pick a California poppy? The many letters of the law

California Penal Code § 384a explains it all in a very succinct 794 words, but the bottom line is that if it is “growing upon public land or upon land not [your] own” — such as in a park, at a school, on a median, or even outside the county courthouse — don’t pick or otherwise hurt it.

Harming that plant life could be considered a misdemeanor offense, and get you a fine of up to $1000 and as many as six months in county lockup.

(Depending on what you’re into, it might be important for you to note that this rule applies equally to “leaf mold on the surface of public land.”)

But the law has a happy side, too. The golden poppy was legally named the State Flower in 1903 — and now, April 6 of each year is officially designated California Poppy Day.