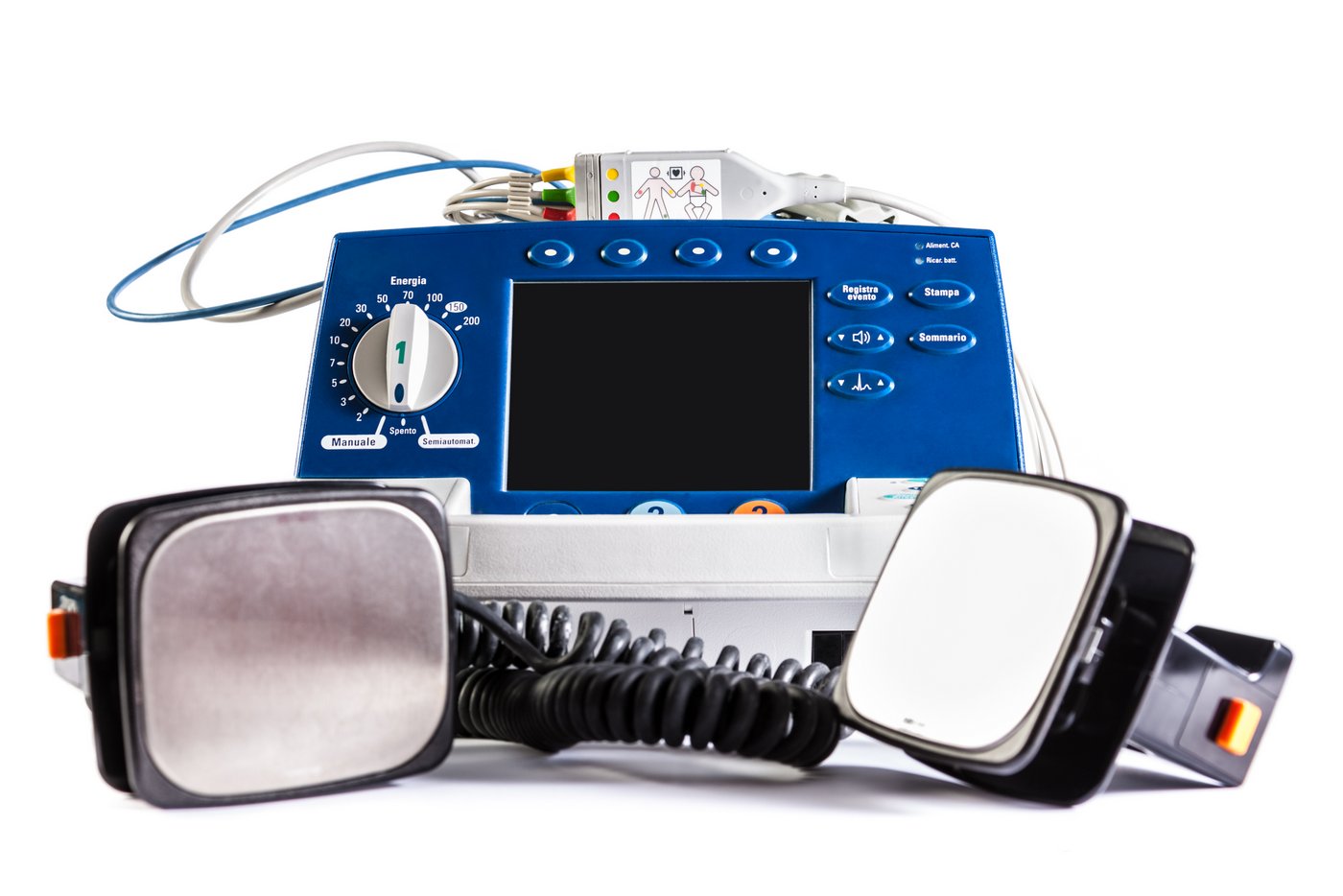 I see them on TV and in the movies all the time — and hanging on the walls in airports, for that matter — and I was wondering how does a defibrillator work?  I know there’s electricity involved, but how does that help?

You’ve all seen it on TV or in the movies — somebody goes into cardiac arrest, face down in their soup, and the hero jumps in with his magic box and the two little paddle things, zaps the poor unfortunate soul on the chest with them, and a few minutes later he’s awake and wiping soup off his face.

Or some variation thereof. Whatever.

It does kind of seem like magic, but like all modern medicine, there is science and reason behind it. Before we get too far though, that tap on my shoulder means it’s time for the:

Finder’s Free Super Happy Fun Legal Disclaimer: I’m not a doctor, I’m not a scientist, but I did spend several years as a certified EMT and have practical, hands-on experience with these things. I don’t claim to be an expert, however, so don’t go play with a defibrillator and then yell at me when you fry your cat. Okay?

The heart is essentially a multi-chambered pump that moves blood through the body, which on the surface seems simple enough. But like any device with moving parts, it has to be told when to move certain bits, while keeping the others still — or else you have disorganized chaos.

So what regulates the beating of the heart? An electrical system, comprised of three main parts — the sinoatrial (SA) node, located in the right atrium; the atrioventricular (AV) node, located on the interatrial septum; and the His-Purkinje System, located along the walls of the ventricles. You don’t have to memorize this, and there won’t be a test.

Simply put, these three systems work together as a natural pacemaker to tell your heart when to beat and how to beat. Each beat of the heart is set in motion by an electrical signal from within the heart muscle itself, and as this signal travels through the heart it regulates the rest of the beat.

So then, what happens when the heart’s natural pacemaker stops working correctly?

Ain’t got no rhythm

When the lines get crossed and the electrical signals stop working correctly, this results in heart arrhythmia. While there are numerous different arrhythmias, I’m going to focus on the two most common life-threatening ones — pulseless ventricular tachycardia and ventricular fibrillation.

Pulseless ventricular tachycardia (v-tach or VT) is when the ventricles — the big chambers at the bottom of the heart — are beating so rapidly that they don’t have time to adequately fill with blood and therefore don’t circulate the blood. Hence “pulseless.”

Ventricular fibrillation (v-fib or VF) is when the electrical signals get so disorganized that the heart no longer pumps at all — it just sort of quivers, rather like a bag of worms. Again, since no blood is flowing, this is bad.

Shock to the system

This is where the magic box with the paddles and the big battery comes in. First described in 1933 and used successfully for the first time on a human by Dr Claude Beck of Case Western Reserve University in 1947, the defibrillator has gone through many changes and evolutions since.

I could launch into a discussion of AC vs DC, monophasic vs. biphasic and so on to make the cardiologists happy and your eyes glaze over — but I won’t.

Put simply, the defibrillator stops the heart momentarily, so that it can “reset” itself and allow its natural pacemaker to start up the beat again normally.

Put a little more technically, when an electrical current is applied across the heart muscle, all of the cells depolarize at once, interrupting whatever arrhythmia (or rhythm!) might be going on.

Then — if you’re lucky — one of the heart’s three electrical systems kicks everything back into normal order. Sometimes a little more intervention is needed, and drugs such as epinephrine and atropine can be used depending on the situation as well.

You’ll notice I did mention that a defibrillator will stop any heart rhythm — normal or otherwise. This is why they aren’t toys, folks. Zapping someone who’s heart is beating normally could cause their heart to stop entirely.

Fortunately, for the general public, the automated external defibrillator (AED) makes errors extremely unlikely — they monitor the heart through the stick-on electrodes and will only let you shock the patient when it is a rhythm that would benefit from it.

Ever watch one of those shows/movies as mentioned above where they put the poor sap on the monitor, it shows a flatline, and they immediately proceed to shock them? It’s bunk.

When a person is in asystole, or flatline as it is commonly known, there is no cardiac electrical activity whatsoever. None. The heart isn’t doing a thing, not even wriggling like a bag of worms.

Since the defibrillator works by stopping a bad rhythm and giving it a chance to reset itself, defibrillation, in this case, shows no clinical benefit.

The standard way of attempting to restart a heart in asystole is through the use of CPR and drugs — generally epinephrine, aka adrenaline. (You may remember this playing a part in the Quentin Tarantino movie “Pulp Fiction.”)

So now when you see this happen on in TV or in the movies, you get to be that guy that annoys all your friends and family by saying “Aha! That doesn’t work!” They’ll love it. Trust me.

This article was originally written by Andy Warycka, and was revised and updated in 2020 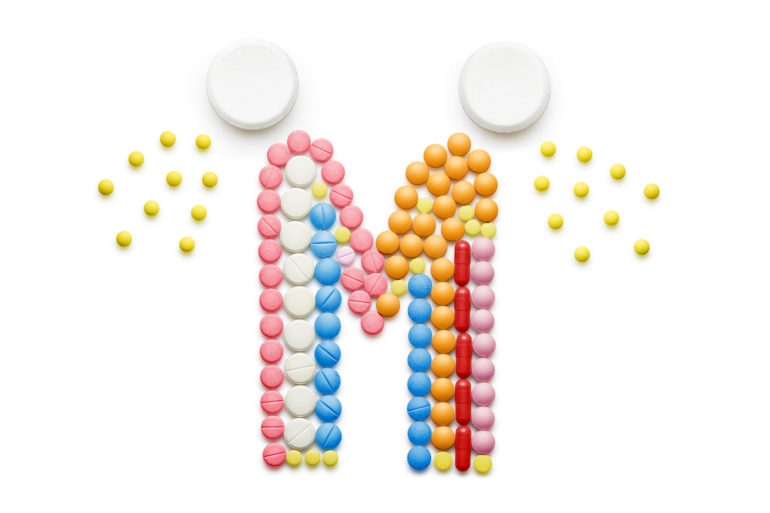 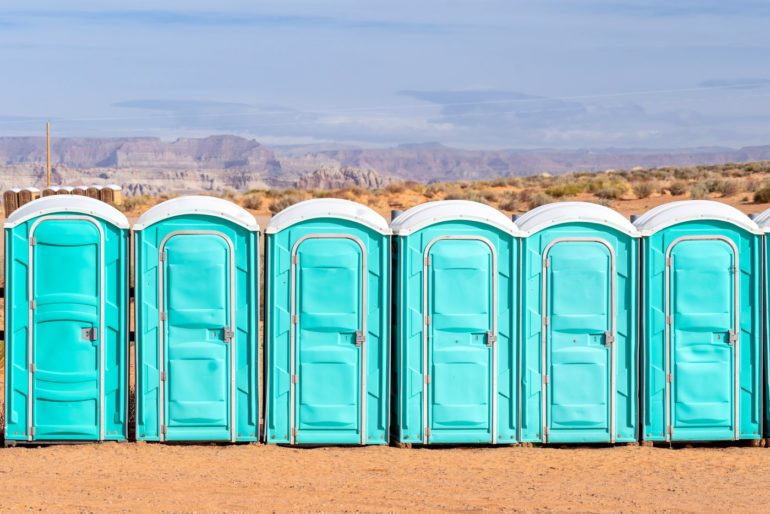 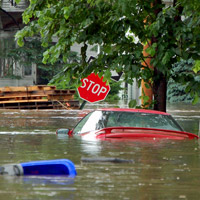