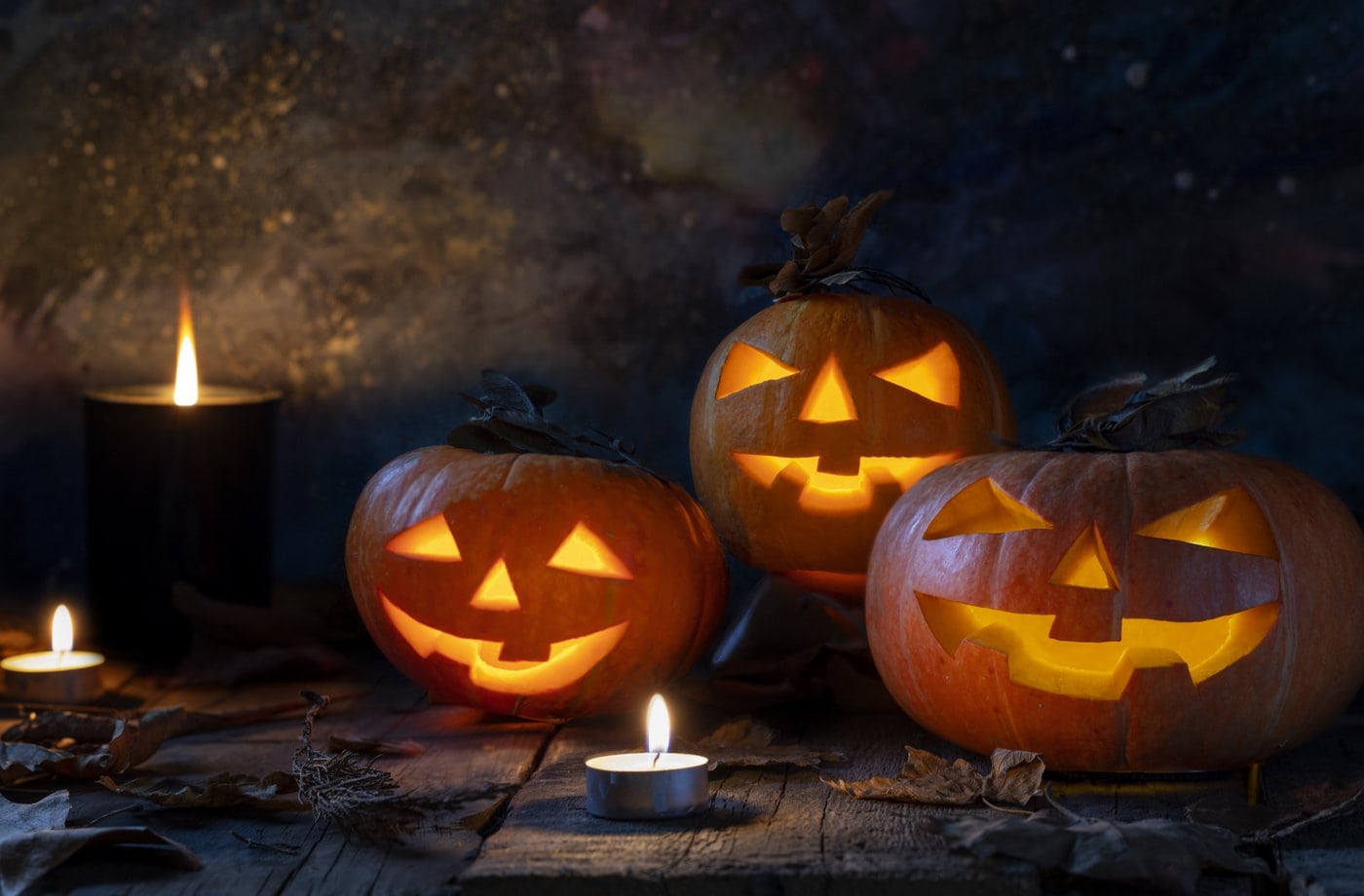 Ever since I was a child, we carved pumpkins every October in celebration of a good old-fashioned Halloween. I am wondering how this tradition began, because there’s nothing else like a Jack O’Lantern.

Back when you were a kid, it probably didn’t register how strange it was that we took a large piece of fruit, cut its insides out, and carved weird faces into it.

What’s that all about? In order to get a better understanding, let’s take a quick look back in time, and revisit some old legends.

Traditionally, at the end of October, the Celtic people had a harvest festival called Samhain. The Pagan celebration marked the end of the lighter half of the year (summer and fall), and welcomed the start of the darker half (winter and spring).

Part of the event included carving out the insides of things such as gourds, turnips and beets. This was done to welcome good spirits, such as the souls of loved ones who had passed.

In time, these roots and plants were carved out to be used as lanterns for scaring away evil spirits. They were lit up and placed outside the front and back doors of peoples’ homes to fend off any evil spirits that may try to enter and cause harm. (See some more interesting information on the Samhain Festival here.)

Once immigration to America began, the Irish newcomers found that the pumpkins we had here in America were perfect for their superstitious purposes, because their size and shape were ideal for carving and making lighted vessels.

But  Jack o’lanterns cast their eerie light in Scotland long before the Halloween pumpkin was introduced to America.

Halloween goes back to the Celts of Britain and Northern France. On October 31, it was believed, the spirits of all ancestors arose and congregated for assignments during the coming year, and all who went out that night carried a lantern for protection.

It was the custom in Scotland to hollow out large turnips or rutabagas and put candles inside them. Originally, holes were put in the sides only to shed light, but later these became faces, possibly to frighten evil spirits.

An Irish legend may explain the name Jack-o’-lantern for the face-bearing lanterns. (Note that there are many, many variations of this tale — indeed, a wide number of different explanations of the Halloween holiday itself.)

The story of the Jack O’Lantern

Jack fancied himself meaner than the devil, to which His Evilness took offense. So one day the devil visited the drunken braggart.

The story says Jack had a round of drinks with the devil. Jack asked him to change himself into cash to pay for their ale. The devil agreed to do this, and when he became a pile of coins, Stingy Jack picked up the devil in his coin form and put him in his pocket along with his silver cross.

The cross prevented the devil from changing back, and he was trapped in Jack’s pocket. Jack agreed to release the devil if he would leave him in peace for one year.

The devil kept his word, and one year later returned for Jack. But the devil was attracted to the ripening fruit in Jack’s apple tree and could not resist climbing it to pluck an apple (since Adam and Eve, the devil had been fond of the red fruit).

Once in the treetop, Jack carved a cross at the base of the tree, once again trapping the devil. This time his terms were that the devil must leave him be for 10 more years.

Once again, the devil agreed… but Jack died shortly after this last encounter. Having made deals with the devil, God would not take Jack.

Turned back from the gates of heaven, Jack arrived at the fiery furnace. But, true to his word, the devil refused him entry.

Jack was doomed to wander the dark and lonely road back to the surface.

As a parting gesture, the devil tossed Jack a burning coal straight from the pits of Hell to light his way. Jack put the coal in the turnip he had been eating (a miser to the end, Jack believed he could take it with him and packed a turnip to snack along the way).

Ever since, Jack can be seen on Halloween to this day, carrying his jack-o’-lantern, searching for a place of rest.

Early settlers coming to America found turnips did not grow as large but pumpkins were common in fall. The pumpkins didn’t have to be hollowed and were more showy, so the tradition evolved.

Today, carving jack-o-lanterns has practically become an art form, and there are shows and contests involving intricate pumpkin carvings. Children of all ages especially love to carve their pumpkins to put on the front porch, lit up bright for everyone to see. (For free printable pumpkin stencil designs, check out these from our partner site, PrintColorFun.com.)

If you would like to see some of the most amazing pumpkin carving art, then be sure to check out Ray Villafane’s work. This artist is so amazing, you will be asking yourself, “How in the world does he do that?!”