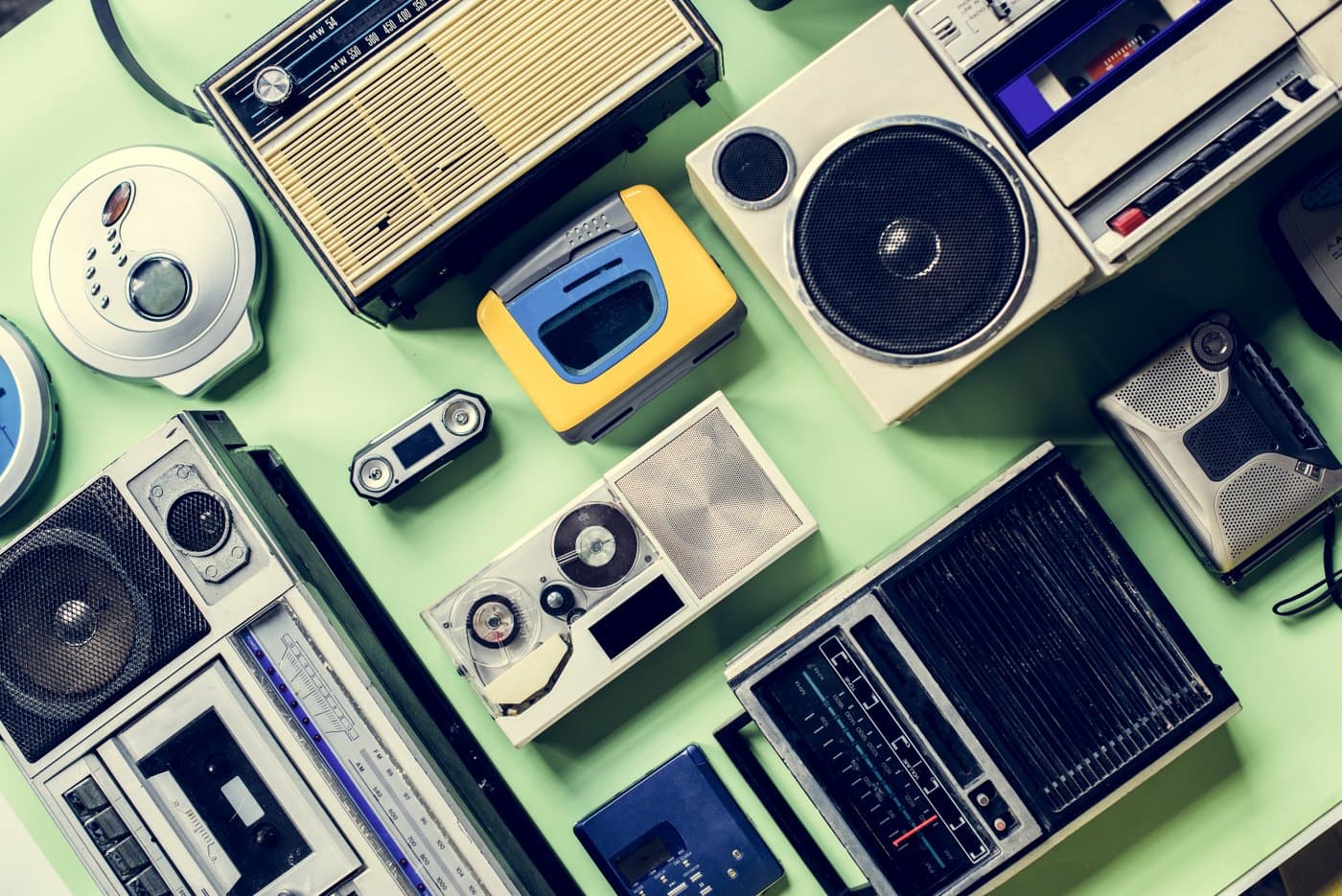 What is the difference between AM and FM radio — I mean, aside from the obvious programming differences with talk radio versus music. Other than that and a button on my radio, what makes AM and FM different?

For those of you who just use the stereo in your car to listen to your phone, there is usually this thing built into it called a “radio,” and this contraption is capable of receiving two different types of stations.

No, not “country and western,” I mean AM and FM.

Although AM radio is now mainly home to talk/news/sports/religious programming and FM is the king of music, it wasn’t always this way. In fact, it was almost exactly reversed when FM (the newer technology) came on the scene in the early 1940s — FM was pretty much all classical music and educational programming.

Let’s take a closer look at the history of radio — and the differences between these two types of radio broadcasting.

AM broadcasts are made using a technique called amplitude modulation, hence the name “AM radio.” Amplitude modulation was the first method ever discovered for sending sound via a radio signal — previous technologies only allowed for morse code to be sent via radio, AM could transmit voice, music, or anything else.

Without getting too mathy, AM radio works by varying the strength of the transmitted signal in relation to the sound being sent. The receiver then amplifies the signal strength voltage variations to drive a speaker or headphones. I’ll spare you the formulas.

The first known AM radio broadcast for entertainment purposes was made on Christmas Eve 1906, by early radio pioneer and experimenter Reginald Fessenden from Brant Rock, Massachusetts.

By 1909, Charles “Doc” Herrold was broadcasting from San Francisco with what eventually became KQW and later the modern KCBS, now considered to be the longest continually operating AM station in the country. By the late 1920s, AM radio had taken off in popularity, and a new form of entertainment had been born.

FM broadcasts use a technology call frequency modulation, where instead of altering the strength of the transmitted signal to convey information like AM, the audio is sent over a carrier wave by varying its instantaneous frequency.

Again, I’ll spare you the math and the formulas (but you can check out the image just below for a visual example). In short, there is a “center” frequency to which you you tune your radio, and the frequency is varied slightly above and below the center frequency to convey the sound you hear. 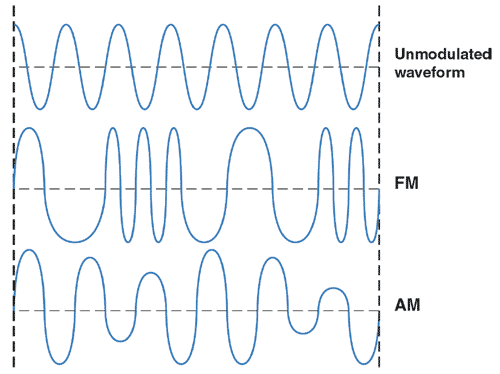 Despite this early start, FM radio didn’t start gaining in popularity until the 1960s and the beginnings of the Album Oriented Rock (AOR) station format. In fact, AM continued to hold the lead in overall listenership all the way up until 1978, when FM finally surpassed it.

Since then, the programming between the two has almost completely flipped — AM is now the “alternative band” that FM used to be.

Okay, so if you stuck with me through the history and science lesson, good for you. If you just skipped all that stuff to just read the bullet point differences, that’s okay too. So let’s cut to the chase.

So if you really, really still need cliff notes, here: AM goes farther, fades slowly with distance. FM has a shorter range, fades abruptly, but has much better sound quality.