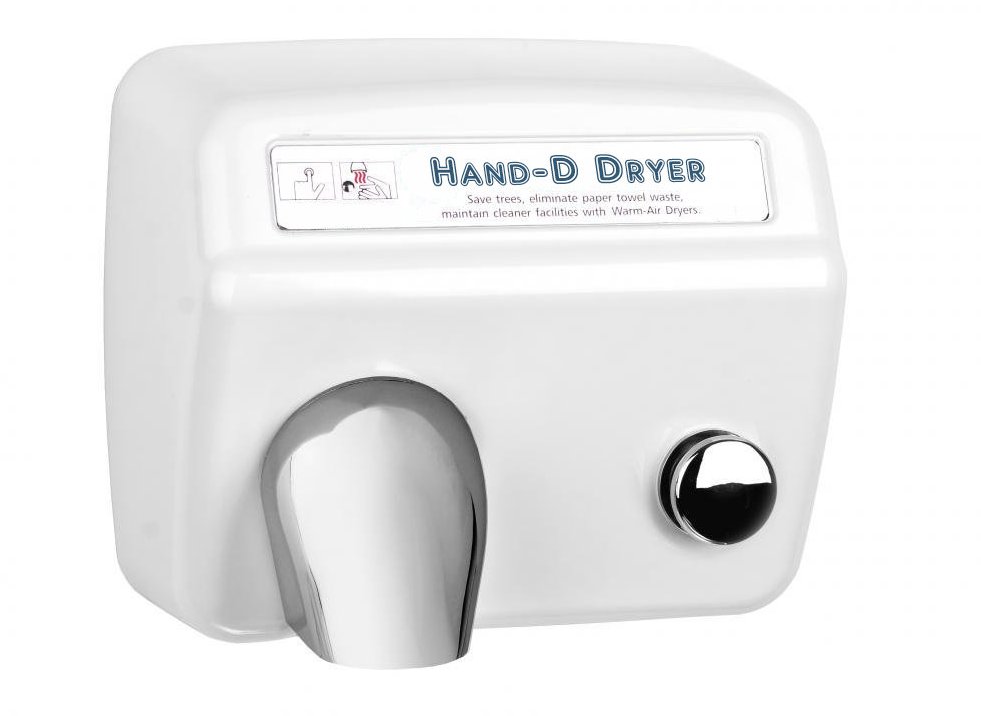 Sure — hand dryers are environmentally-friendly if you’re talking specifically about not requiring paper to get the job done.

But if you’ve ever read the line that says, “more sanitary to use than paper” on a hand dryer in a bathroom somewhere, beware. Recent studies show that such claims may be just a lot of hot air.

Modern hand dryers are much worse than paper towels when it comes to spreading germs, according to University of Leeds research reported in 2014.

Scientists from the University of Leeds have found that high-powered ‘jet-air’ and warm air hand dryers can spread bacteria in public restrooms. Airborne germ counts were 27 times higher around jet air dryers in comparison with the air around paper towel dispensers.

The study showed that both jet and warm air hand dryers spread bacteria into the air and onto users and those nearby.

The research team, led by Professor Mark Wilcox of the School of Medicine, contaminated hands with a harmless type of bacteria called Lactobacillus, which is not normally found in public bathrooms. This was done to mimic hands that have been poorly washed.

Subsequent detection of the Lactobacillus in the air proved that it must have come from the hands during drying. The experts collected air samples around the hand dryers and also at distances of one and two meters away.

Air bacterial counts close to jet air dryers were found to be 4.5 times higher than around warm air dryers, and 27 times higher compared with the air when using paper towels.

Professor Wilcox says, “Next time you dry your hands in a public toilet using an electric hand dryer, you may be spreading bacteria without knowing it. You may also be splattered with bugs from other people’s hands.”

This echoes the results of a study reported in 2012, which said, in part:

Air movement can encourage the dispersal and transmission of bacteria and increase the chance of cross-contamination.

Surrounding air in the washroom is recirculated by air dryers. This recirculation may result in the dispersion of infective aerosols already in the atmosphere and those generated by hands being rubbed together for drying.

Used air dryers in washrooms are often contaminated and can emit bacteria in their air flow. So, there is a potential risk of persons standing in front of air dryers acquiring the bacteria being dispersed in the air current toward them.

The bacteria can be inhaled or can be deposited on the person’s body or clothes, thus making him/her a potential mobile source of infection.

Wilcox adds, “These findings are important for understanding the ways in which bacteria spread, with the potential to transmit illness and disease.”

And while we’re on the topic, here’s our favorite interpretation of the instructional diagram on some hot-air hand dryers. (Of course, always wash your hands after touching bacon.)

The research, funded by the European Tissue Symposium, was published in the Journal of Hospital Infection and presented at the Healthcare Infection Society (HIS) International Conference in Lyon, France. 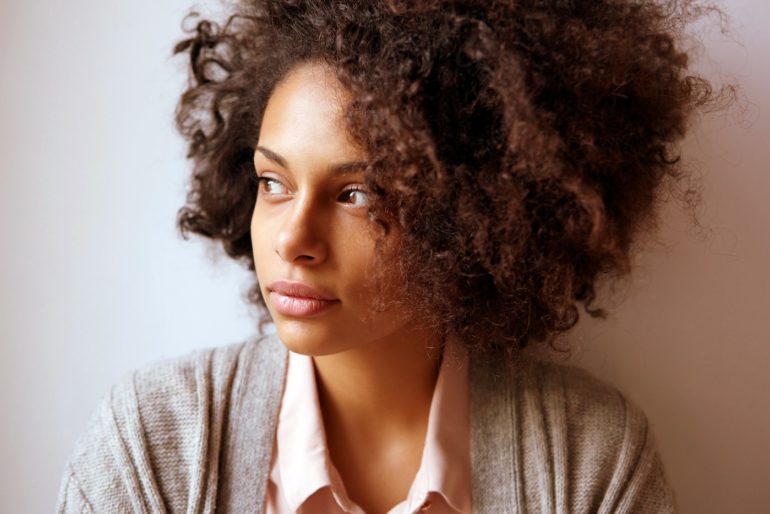 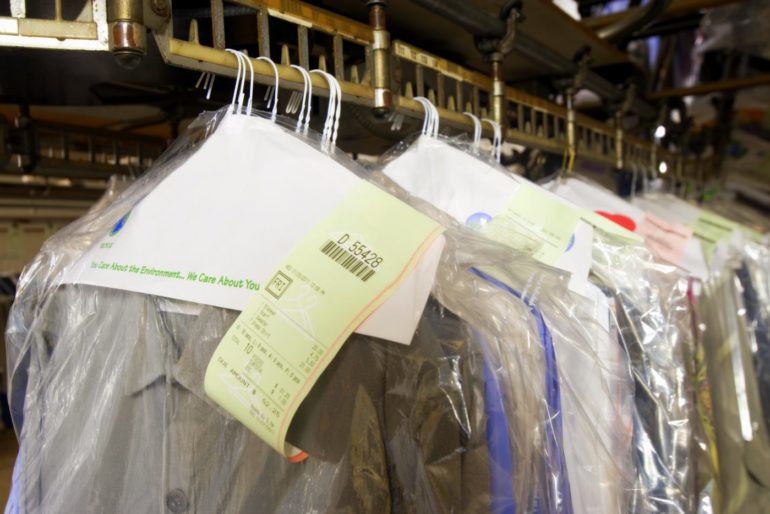 Dry cleaning is easy: bring your sweaters into a shop, and pick them up a couple days later. But how does dry cleaning work?