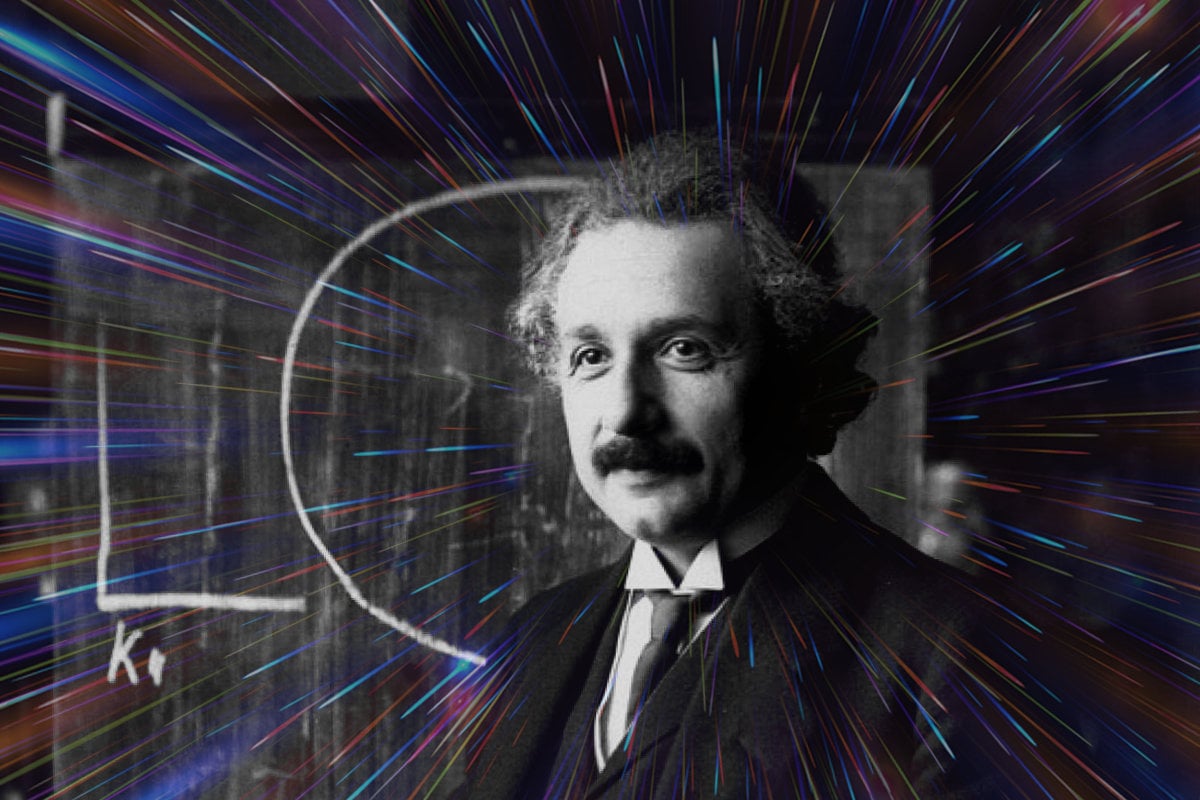 What equals what what?

Early in the nineteenth century, Albert Einstein, while working as a clerk in a patent office, was inspired to propose a relationship between mass (the m), and energy (the E).

His E=mc2 equation just states, in basic mathematical terms, that there is a simple, constant correlation between mass and energy.

If you were to see an equation that represented the relationship between, say, feet and inches, one would see something like this:

Mathematically, you would express this relationship as I = 12 F. In this case, the number of inches equals 12 times the number of feet (F). (Mathematicians leave off the multiplication sign — it is understood to be there.)

Another identical equation for the same relationship is feet = inches/12; or that the number of feet equals the number of inches divided by 12.

For instance: Let’s say that you need to make sure there’s enough room on your desk for a printer and your computer monitor. So how many inches across is your three-foot wide desk? Multiply 3 times 12, and you get 36.

The number we’re talking about is determined by multiplying the speed of light (which is approximately 186,000 miles per second — meaning it could go around the world 7-1/2 times per second) by itself.

So Einstein’s equation says that to determine the amount of concentrated energy (E) in a unit of mass (m), we multiply by 90 billion.

Same type of equation as “feet/inches” — but the multiplier, instead of 12, is 90 billion. (There are some additional dimensional figures from the “squared” numbers which enter in, but the basic relationship is the 1 to 90 billion.)

So what does this all mean? It means that the amount of concentrated energy in any mass is enormous! This relationship has been verified many times in experimental physics laboratories.

For instance, in an atomic bomb explosion, if you compare the amount of uranium mass that is used to create the “fission” ( the process that creates the enormous energy release in an atom bomb), with the amount of mass left over after the explosion, physicists find that some of the mass (m) has disappeared!

Where did it go? It got converted to energy: E.

The power of thought

Here is the E=mc2 equation in Einstein’s own words (listen to it here):

“It followed from the special theory of relativity that mass and energy are both but different manifestations of the same thing — a somewhat unfamiliar conception for the average mind. Furthermore, the equation E is equal to m c-squared, in which energy is put equal to mass, multiplied by the square of the velocity of light, showed that very small amounts of mass may be converted into a very large amount of energy and vice versa. The mass and energy were in fact equivalent, according to the formula mentioned above. This was demonstrated by Cockcroft and Walton in 1932, experimentally.” – From the soundtrack of the film, Atomic Physics / Copyright © J Arthur Rank Organization, Ltd, 1948

For more insight, listen to how 10 top physicists use their own words to describe Einstein’s equation at PBS, or see this written explanation by Dr William Watson, a Physicist with the US Department of Energy’s Office of Scientific and Technical Information. Finally, you can also read lots more in the Einstein Archives Online.

Article written by G A Robinson for FindersFree.com