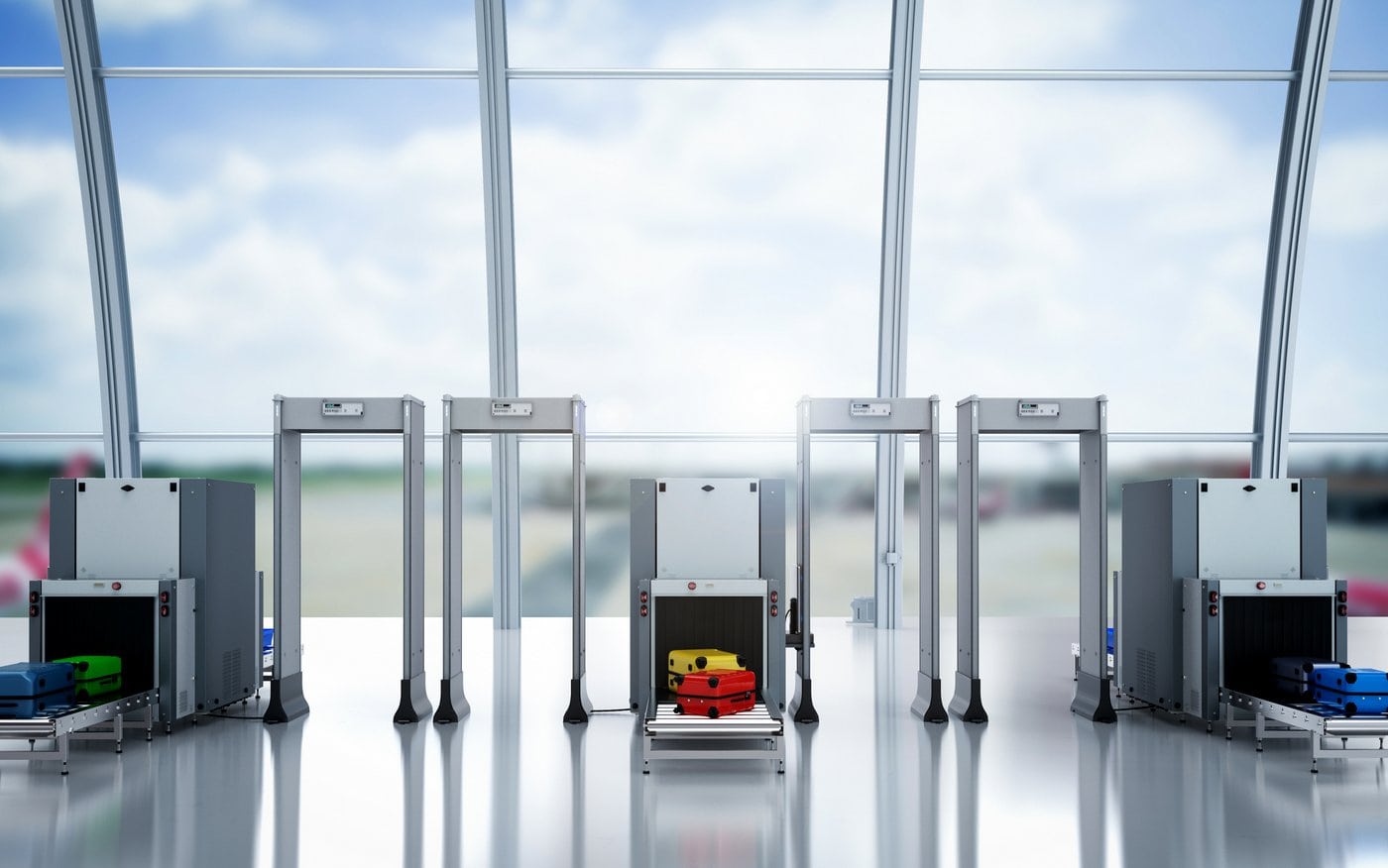 How do airport and concert venue metal detectors work? My kids want to know how a seemingly plain rectangular doorway can figure out if I left my keys in my pocket.

If you’re fortunate enough to avoid the body scanners at the airport, and thus not have photos of your innards leaked onto the internet, then you get to go through the good old metal detector.

You know the drill. Take off your watch, belt and rings — and forget the $1.73 in assorted change in your pocket and incur the wrath of the TSA, along with your fellow travelers for clogging up the line. Fun.

Having said that, metal detectors play an important part in not only keeping weapons (and nail clippers) off planes, but also in helping soldiers detect mines and other nasty things on the battlefield — along with benefiting archaeology, mining, construction… and even those people who look for hidden treasure at the beach.

So let’s take a look at how those magic wands do their thing.

A little history of metal detectors

First, a little backstory. Generally, people associate the widespread use of metal detectors in airports as starting in the 1970s.

In the wake of the D.B. Cooper skyjacking in 1971, along with other high profile incidents, then-President Richard Nixon introduced the sky marshal program, putting specially trained armed agents on flights to prevent air piracy and terrorism.

Of course, there was no way to put a marshal on every single flight, so in December 1972, the metal detector was introduced to the airports to find guns, knives and other assorted weapons.

The actual metal detector goes back even further than this, however — over 100 years, in fact.

After President James Garfield was shot on July 2, 1881, doctors were unable to locate the bullet lodged in his abdomen.

As the crisis mounted, Alexander Graham Bell — whose name you might recognize from his invention of a little thing called the telephone — brought another one of his inventions for doctors to try out: a metal detector.

Sadly, Garfield was on a bed with metal springs, and no one thought to move him, so the effort went for naught, and Garfield succumbed to infection on September 18 of that year. Yet, the concept persisted.

Time for the science

In its simplest form, a metal detector contains an oscillator that uses an alternating current to generate pulses of radio waves. As the detector is passed over a metal object, eddy currents are induced in the metal.

This creates a magnetic field around the object, which interferes with the frequency of the radio waves generated by detector, and the detector registers this change indicating a metallic object.

Contrary to popular belief, the metallic object does not have to be magnetic for this to work — merely electrically conductive, which most metal is.

The other common design uses something called pulse induction. In a pulse induction detector, a high voltage pulse of signal is fired at the target. If no metal is present, the pulse decays at a uniform rate and the time it takes to fall to zero volts can be accurately measured.

Now, when a piece of metal is in the path of the pulse, a small current will flow in the metal, causing the time it takes for the pulse to decay to zero volts to be lengthened, thus indicating the presence of metal.

Modern-day airport metal detectors use a combination of the alternating current and pulse induction technologies, and with advancements in coil design and computer technology, are even capable of approximating the position of the object — thus helping the security agents locate the offending metal bit faster.